The US- Pacific Island Country Summit

The US- Pacific Island Country Summit

During the past few months, the Pacific region has received a torrent of attention from the governments of the United States and China. When China concluded a security deal with the Solomon Islands in March this year, it raised many eyebrows in the White House which is becoming increasingly concerned over China’s advances in the region as the deal would open the door for a Chinese naval base in this island country. Over the last six months, the Biden administration has sprung into action — sending multiple high-level delegations to the region, elevating the status of its engagement and promising more resources. It is in this context that President Joe Biden hosted leaders from 14 island nations spanning vast stretches of the Pacific Ocean.
Background
The United States’ engagement with the Pacific Islands has been growing over the last five years. In 2018, Vice President Mike Pence attended the Asia-Pacific Economic Cooperation forum in Papua New Guinea. In 2019, Secretary of State Mike Pompeo visited the Federated States of Micronesia, the first US secretary of state to have done so. Also in 2019, President Donald Trump hosted the presidents of the Freely Associated States — the Republic of Palau, the Republic of the Marshall Islands and the Federated States of Micronesia.
The high-level meetings and visits have increased even more this year. In February, Secretary of State Antony Blinken visited Fiji, the first such visit in three decades. In April, Assistant Secretary of State for East Asian and Pacific Affairs Daniel Kritenbrink and National Security Council Indo-Pacific Coordinator Kurt Campbell travelled to Fiji, Papua New Guinea and Solomon Islands, following on from a visit to Palau for the Our Ocean Conference, which was co-hosted by Special Presidential Envoy for Climate John Kerry.
In July, Vice President Kamala Harris gave a virtual address at the Pacific Islands Forum (PIF) in which she announced plans for greater US engagement with the region, including the opening of new embassies, the return of the Peace Corps to the region and increased funding to the Forum Fisheries Agency. In August, US Department of State Deputy Secretary Wendy Sherman and Ambassador to Australia Caroline Kennedy travelled to Solomon Islands to commemorate the 80th anniversary of the Guadalcanal campaign. Now, President Biden has hosted the leaders of Pacific Island countries for a first-ever White House summit.
Agenda of the Summit 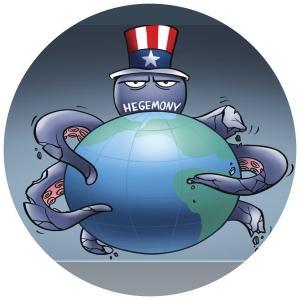 Although climate action was top of the agenda, the summit is a significant diplomatic initiative to counter China in this region that is the focus of competition between China and the United States and its partners. However, the grouping had much to discuss: global warming and rising sea levels, economic investment and development assistance, natural disaster preparedness, maritime security and China.
Proceedings
On the first day of the summit, US Secretary of State Antony Blinken announced that the US would contribute $4.8 million to a new program called Resilient Blue Economies that will strengthen marine livelihoods in the Pacific Islands.
US climate envoy John Kerry hosted a session to discuss priorities for the Pacific Island nations that include climate resilience efforts and clean-energy transformation.
On the second day, President Joe Biden announced more than $810 million in expanded programs to aid the Pacific Islands. The US has provided upwards of $1.5 billion to support the Pacific Islands over the past decade, according to a senior administration official.
The US also pledged to recognize the Cook Islands and Niue as sovereign states, following appropriate consultations. Biden will appoint a first-ever US envoy to the regional Pacific Islands Forum. USAID will re-establish its mission in Suva, Fiji, by September 2023.
Takeaways
1. Expand US Presence
The announced packages will be in the form of a 10-year program to clean up and develop dirty waters to support the tuna industry, which will also expand climate and development aid and its diplomatic presence.
2. Countering China’s Aggressive Policy
China had made inroads in the strategic but sparsely populated region by asserting itself strongly in recent years in the pacific islands through investment, police training and, most recently, a security pact with the Solomon Islands. Therefore, the US is re-engaging with the region that has been tied closely to it since World War II.
3. Forging Alliances
The US administration recently formed Partners in the Blue Pacific with Australia, New Zealand, Japan and Britain, and further said that Canada and Germany will join and that France, itself a South Pacific power, as well as the European Union, South Korea and India would participate as non-members.
New Initiatives
Washington’s new initiatives include over $810 million in additional and expanded programs, including more than $130 million in new investments to support climate resilience.
In terms of defence and security, Washington said it is negotiating a new acquisition and cross-servicing agreement with Fiji, and will soon begin talks with Papua New Guinea on a defence cooperation deal.
It is also aiming to provide $2.8 million for FBI-led law-enforcement training and over $3 million to enhance US Coast Guard training and capacity-building for maritime security and protection.

Pacific Partnership Strategy
The summit came in tandem with the White House’s release of its first-ever Pacific Partnership Strategy, an outline of the White House’s plan to support the region on pressing issues such as climate change, pandemic response, economic recovery, maritime security, illegal fishing, drug trafficking and environmental protection. It lays out a framework for the future of US engagement with the region. It pledges a long-term partnership that will see Washington ramp up diplomatic, economic and security cooperation with these nations amid growing Chinese clout.
“The security of America, quite frankly, and the world depends on your security, and the security of the Pacific Islands,” Biden said while his administration released its Pacific strategy.
The Strategy is in line with Biden administration’s efforts to increase US attention on this important region with a main focus on supporting Pacific regionalism, prioritizing issues of paramount concern to the region, and downplaying the China angle should be well received.  Moreover, its moves to set up more diplomatic posts throughout the region and establish a more sustained coast guard presence to combat illegal fishing, are both long overdue.
Conclusion
The US’ attitude toward Pacific Island countries has changed from the long-time neglect for nearly 80 years after World War II to the sudden attention aimed at containing China’s influence. While this summit represents a solid beginning for the next steps in US engagement with the Pacific Islands, it will ultimately be Washington’s actions, and not its words, that will be evaluated by those in and beyond the region.  It’s a good thing if Washington can really deliver on its promises. But based on past experiences, the US has too low international reputation for honouring commitments. 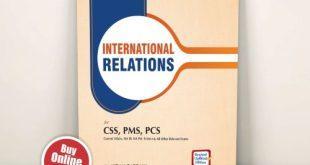 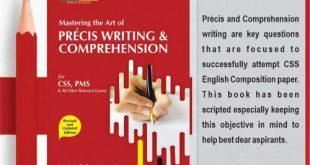