TO BE OPTIMISTIC OR PESSIMISTIC ABOUT THE FUTURE OF HUMANITY?

Is media propaganda a weapon for the conquest of human minds, souls and future-making? Come to understand the contemporary issues of the 21st century’s Russian-American and European discord over Ukraine, and the future of oil and gas supplies, grain exports and economic relationships; all under scrutiny between those who, during the Second World War (WWII), stood united against foreign aggression and killings of fellow human beings. There is an amassed collection of fear, ambiguity and distrust that spells out the prevalent reality of global affairs. There are no corresponding communications and dialogues between the superpowers to change the horrible present into a sustainable and peaceful future for humanity populating this planet. All that is happening, or could happen, such as: ‘Ukraine goes into darkness’, ‘Russian bombing destroyed Ukraine’s infrastructure’, ‘NATO not fighting in Ukraine,’ ‘the EU’s discord over Russian war on Ukraine,’ and a lot more, making sensational headlines. The perplexed statistic of weapons and money to aid Ukraine represents a shaky scenario of encountering the military onslaught, and balancing of the reason is missing across the tensions of unrealized possibilities of peacemaking and conflict resolution.
Is there an irony between logic and political wickedness?
In his piece, “Europeans have Weapons but aren’t Warriors” (Foreign Policy), Alexis Carre, the 2022-23 Thomas W. Smith Postdoctoral Research Associate of the James Madison Program, Princeton University, negates the history of European conquests across Asia, Africa, North Africa and South America as if they went in peace and were not the wars of horrors, killings and political deception, as well as military occupation. Often crises have multiple spillover agendas for change and surprises. Just as there is an EU, there is an alliance between America and Japan, Russia and China, and so on. Could we imagine the coming of a new age of relationship between Russia, Ukraine and America-led NATO when even the most exemplary political vigilance could be liable to unusual surprises? 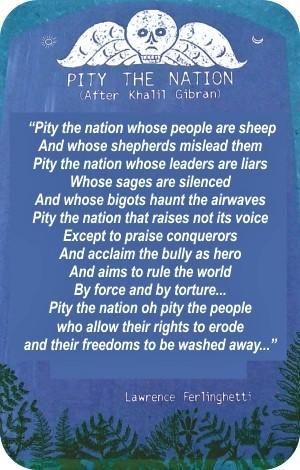 Ukraine wanted to join the European community – NATO – and claims the right of freedom to join any international organization for its betterment, peace and security. NATO’s formation and scopeare limited to nationalistic, conventional warfare in the European theatre. One wonders, what wars did NATO fight to protect its ideals and strategic priorities after WWII? What NATO had to do with Afghanistan, Iraq and Libya? Were these accidental engagements or simply an extension of planned irresistible catastrophic instances of tyranny against the people of Iraq, Afghanistan, Libya and Syria? The history of NATO and its plans and ideological motives are equally distorted and disfigured on the global screen of reason, honesty and accountability.
Is NATO run by the wrong people, glued to wrong thinking and doing the wrong things without any rational sense of time, people’s interest and history? In an article “NATO — an Idea Whose Time has Gone” (AntiWar.com), former British Ambassador to Uzbekistan and Rector of the University of Dundee, UK, Craig Murray foresees the body as obsolete and writes:
“It is also the case that the situation in countries where NATO has been most active in killing people, including Iraq, Libya, Afghanistan and Pakistan …… NATO’s attempt to be a global arbiter and enforcer has been disastrous at all levels … it is very clever and cynical. NATO provides power to the elite and money to the wealthy.”
Leaders of human consciousness should think critically before they act
Hans J. Morgenthau (Politics Among Nations: The Struggle for Power and Peace, 1978), a legendry theorist of the 20th century, points out: “Realism, believing as it does in the objectivity of the laws of politics … politics must be subjected to the dual test of reason and experience … for realism, theory consists in ascertaining facts and giving them meaning through reason … If we want to know the moral and political qualities of his (politician’s) actions, we must know them, not his motives.”
We the People live in a splendid universe in which planet Earth floats as ordained by the commands of the Almighty. We are moral beings, unlike animals that possess eyes, ears and other organs but cannot draw a logical conclusion by using their senses. We the People draw rational results from what we see and what we hear; therefore, we are different, and we cannot act or live as animals. There is a moral sense of spirituality and humanity to coexist in harmony with the rest of the creations on Earth. Modern wars represent sadistic and cruel minds to undermine human rights, dignity and life. They destroy all that is built over the ages that we call human cultures and civilizations. All of the Abrahamic faiths (Judaism, Christianity and Islam) reveal the truth of “Trust” – human beings took to be responsible and be at peace with Nature. This TRUST and its reminder are explicitly mentioned in the Qur’an (33: 72):
“We offered the trust to the heavens and the earth and the mountains, but they refused to carry it and were afraid of doing so; but man carried it. Surely, he is wrong-doing, ignorant.” 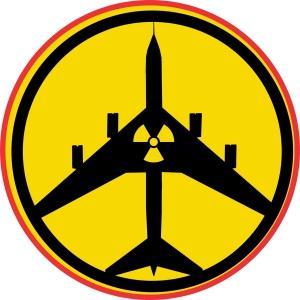 We are One Humanity, and we are the most intelligent beings populating the Earth. We can THINK and REASON and cannot act like animals without accountability. The Earth is a living entity and is meant for us, human beings. We the People wonder who else except God created life, the Earth and the living universe floating in space well-balanced and functional since time immemorial. Who other than God determined the Earth’s spinning at 1670 km per hour? Who else ordained it to orbit the sun at 107,000 km per hour? And who other than God made it to spin at 28,437 km per hour at the equator? Be aware that the Earth’s average distance from the Sun is about 93 million miles (105 million km); the distance of the Moon from the Earth is currently 384,821 km, equivalent to 0.002572 Astronomical Units, and if the distance between the Earth and the Sun or the Earth and the Moon were ever to change, there would be no sign of life or habitats left on Earth.
We the People wish to rejoice in truth, not evil. We the people of the world enjoin focussed minds and imagination to articulate a new world of One Humanity, brotherhood and peaceful co-existence amongst all, free of hatred, fear, wars, encroachment and animosity. We the people of the globe possess an understanding – how to change the egoistic and embittered insanity of the few hate-mongers and warlords into the equilibrium of balanced relationship between Man, Life and God – given to the living Universe in which we reside all.
Every beginning has its end. Effective leaders should always be open to listen and learn. President Macron of France had a phone conversation with his Russian counterpart Vladimir Putin and asserted the need for futuristic ‘security guarantees’ for Russia to come to peacemaking. President Biden tells the audience in Washington that he can speak with President Putin. President Putin shows readiness to talk with Western leaders. What are they waiting for? Why don’t they take the initiative to have a dialogue for a ceasefire and peace treaty? The US, the EU, NATO and Russia should rethink peacemaking, not enlarging the scope of the current conflict in Ukraine. President Putin needs to rethink to be at peace with Russia’s neighbours even if its national interest differs and the future could be challenging for peaceful coexistence. Superpowers and their strategic thinkers and political planners lack understanding of the convergent factors of life articulating viable change when it is at the peak of its lifeline. They worship the form and forget the essence of peace, security, human survival, planet Earth and global peace and unity of mankind for a sustainable future. Raymond Aron, French political philosopher and sociologist offered the following foresight at the dawn of 1939 WW2:

“When one is speaking to people who profess to despise peace, one must say that, if one loves peace, it is not out of cowardice. It is ridiculous to set regimes founded on work against regimes founded on leisure. It is grotesque to believe that cannons can be resisted with butter, or effort with rest.”

Dr. Mahboob A. Khawaja specializes in international affairs-global security, peace and conflict resolution with keen interests in Islamic-Western comparative cultures and civilizations, and author of several publications including the latest: One Humanity and the Remaking of Global Peace, Security and Conflict Resolution. Lambert Academic Publications, Germany