The concept of charismatic politics is derived from the theoretical perspective presented by Max Weber in his Theory of Power. Weber argues that when an individual derives authority from his charisma, it is called charismatic authority. This authority is based on irrational personal attraction towards the leader. The leader claims allegiance because of his extraordinary traits. Charismatic leadership often leads to the development of authoritarian tendencies in the leaders. For analytical purposes, this article refers to the political charisma of Zulfikar Ali Bhutto, the most celebrated charismatic political figure, after Muhammad Ali Jinnah, in Pakistan.
Bhutto belonged to a feudalistic family and feudalism was deeply embedded in his mindset. He spent the formative era of his life abroad but was unable to detach himself from the socio-cultural impacts and intricacies of feudalistic structures. This is the reason that although he raised the rhetoric of democratic values imbued with socialist ideology and Islamism, he, practically, followed authoritative and autocratic behavioural patterns.
Max Weber has given the theoretical perspective of charisma in the political and religious realm, particularly concerning leaders. A charismatic leader, as per Weber, is the one who changes the existing system and, thus, establishes a new cultural and political ethos. At the same time, charismatic leadership can prove detrimental to the stability of the socio-cultural and political fabrics of a society. MacGregor, a famed psychologist, argues that charismatic leadership is usually transformational as it challenges the status quo. Charismatic leadership is always perceived as a saviour of society. A charismatic leader is considered someone who possesses extraordinary traits and psychologically dominates his followers or subordinates at least in the case of administration whether political or bureaucratic. 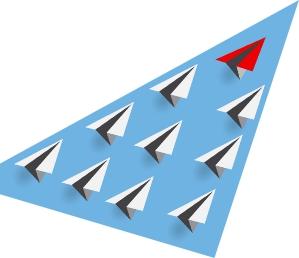 Although Pakistan has seen a leadership crisis in its nascency, the void was filled by the populist leader Z.A. Bhutto who established his party – Pakistan Peoples Party – and developed it into a revolutionary movement through his charismatic persona. He achieved historic success but became highly authoritative and, ultimately, saw an unprecedented downfall. Since Bhutto belonged to a feudal family, he was brought up with a feudal perception that believed in clientelism and patronage and resistance to change. Bhutto also socialized within feudal culture; he always remained feudal at heart though he used rhetoric to liberate people to cash his charisma in order to gain power. Bhutto adopted the policy that was erected on three pillars: Islam, democracy and socialism.
Furthermore, Weber defined charismatic leadership as the individual who possesses gifted traits and has a substantial number of people as followers or disciples. This type of leadership mainly exists in politics, military, bureaucratic administration and religious authority. Moreover, a charismatic leader is often irrational and unstable. It has its seeds of destruction due to authoritative and patronage behaviours. Charismatic leadership comes to the fore at a time of crisis, i.e. when a large segment of society needs a change due to chaotic situations, through a messiah or ‘heroic character’. This type of leader carries with him the revolutionary ideology to overhaul a society. This phenomenon gave space to Bhutto who carved out his charismatic persona through symbolic gestures in front of the public. For example, in a “Jalsa” (public gathering), he tried to alter the image of a conventional speaker by taking off his coat and loosening his necktie. He used rhetoric and rhythmic fluctuations in voice and passed questions to the audience and the audience would answer those. Making such symbolic gestures created a transcendental feeling and a relationship between the speaker and the audience.
Similarly, a charismatic leader can use his power and traits to generate a revolutionary movement. The charismatic leader primarily uses the rhetoric of egalitarianism and collective benefit in a socio-political hierarchy. Practically, such type of leadership has covert motives to satisfy the need to drive power, personalization of interest and self-aggrandizement. It was true that due to the dismemberment of Pakistan, there was a pressing need for a centralized authority but Bhutto’s move of assuming power as the Pakistan’s first Chief Martial Law Administrator (CMLA) and President was the manifestation of his lust for power. Moreover, Bhutto instigated the emotions of the people of Balochistan through military operations. He used the egalitarian rhetoric of “Roti, Kapra aur Makan” to get support of the masses.
Nonetheless, survival of a charismatic leader is based on his followers that do not relate to the characteristics of a leader. The leader loses his/her charismatic aura when he/she is abandoned by his/her disciples. Charismatic leader perceives him/her as someone who has a mission in a society enjoined by a deity or God. Weber argued that charismatic leadership drives itself to revolutionize society, but it lacks consideration of economic efficiency and rationality. Thus, such leadership is supported by the unprivileged class that demands revolutionary changes in the societal fabric. If such leadership fails to accommodate the needs of his/her followers, it becomes ineffectual. In contemporary political societies, charismatic leadership is based purely on the emotionalism where followers relate with the leader. Primarily, based on his achievements, beliefs, persona and vision, a charismatic leader believes in the institutionalization of his/her beliefs.
Charisma could lead to megalomaniac tendencies in not only the leadership but also the followers in the form of fanaticism and extremist behaviours. Generally, charismatic leadership in a political setup demands blind devotion of followers and uses authoritative behaviour to maintain obedience and submission. The socialization factors of a feudal family shaped not only the socio-psychological demeanour of Bhutto but also his political behaviour. He had unpredictable behaviour with sudden mood swings and suspicious nature that made him insensitive in differentiating. Bhutto had the habit to take revenge from his political opponents. He not only behaviourally abused his opponents but also physically tortured one of the founding fathers of his party – J.A. Rahim – through his force “Federal Security Force”. He established this force to counter and victimize his adversaries. Take the example of Mian Mahmud Ali Kasuri, law minister in his era; Bhutto ordered FSF to eliminate him.

Bhutto was a shrewd politician; he used diverse parties like Awami National Party (ANP) and Jamiat Ulema-e-Islam (JUI) to fulfil his agenda as he viewed the formation of governments in Balochistan and NWFP (now Khyber Pakhtunkhwa) for a shorter period. Bhutto’s appeasement policies towards regional political parties created conflicts in Balochistan; for example, Jamotes-Mengals dispute, killings of Punjabi settlers, political assassinations and fault-lines among Sardars and the government. Bhutto only instigated secession and discord among regionalist forces in Balochistan to reassert his power politics.
Bhutto also tried to curb the powers of civil bureaucracy wherein he established a personalized hierarchy through the spoils system.
In conclusion, it can be said that Bhutto used rhetoric and discourse to assert his beliefs and, then, translated those into a mass movement that brought him to power. But, at heart, he has not forgotten his cultural ethos which were deeply embedded in the feudalistic structure. He played with the emotions of his followers in a way that we can see, even today, the situation in his hometown and in the rural areas of Sindh where people consider him no less than a god and a heroic figure. The grandiloquence of “Roti, Kapra aur Makan” is still haunting people there. He truly institutionalized his persona in the shape of the “Constitution of 1973” that is still intact. According to Wolpert, Bhutto left divergent images on his followers and adversaries that are difficult to reconcile.
The question to ponder at this point in Pakistan is: ‘is history repeating itself as Pakistan is witnessing height of its populist culture where one man, Imran Khan, has become the centre of attention? The PTI supremo and a former premier, Khan has become the most dominant player in today’s politics due to his charismatic authority. The charismatic force he generates accentuates from his personal character of being ex-cricketer and an avid social worker. Imran Khan belonged to an upper middle class family, and does not have a feudalistic background. Although he has diverse experiences from his educational background and cricket endeavours, mainly in foreign lands, his political values rest on welfare ideology and equality deeply rooted in Islamic ethos. Nevertheless, he also has some egoistic and authoritative behavioural traits. He, indeed, used rhetoric and discourses in order to deeply penetrate in the minds of people. Undoubtedly, people of Pakistan are searching for a hope in him after being disappointed from the destruction and doom perpetuated by two dynastical parties. But, personality cult is a dangerous phenomenon where the demagogues play nefarious political games for meeting their own ends.
The writer can be reached at: iqrarz2009@live.com 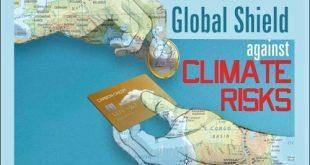